Our client opted to have a hybrid battery/solar system installed at their house so that they could utilise all of their renewable energy and to also have full back up/off grid functionality of the entire property. This ensuring that if there was a failure with grid power everything would run at normal capacity- even down to their wood working equipment.

Our team custom made a free standing aluminium frame so that the system wasn’t mounted to the house structure, thus stopping any noise transmission and vibrations from the inverters that might be noticed due to the fact that the house is clad in cement sheet boards.

The system can deliver 10kw peak power from the Batteries. This in conjunction with AC coupled solar (3.3kw Enphase and existing 5kw of ABB micro inverters) could deliver substantial amounts of power to the premises if needed during a grid failure. So much, that during a grid failure the solar still charges the batteries while powering the base loads of the house.

During summer months the house is almost completely electrically self-sufficient, only drawing a small amount of power from the grid on days where there is too much cloud to produce adequate solar production.

During winter months, the grid usage usually sits around 20% which further addresses that this system is perfectly sized.

A total of 20kwh storage. 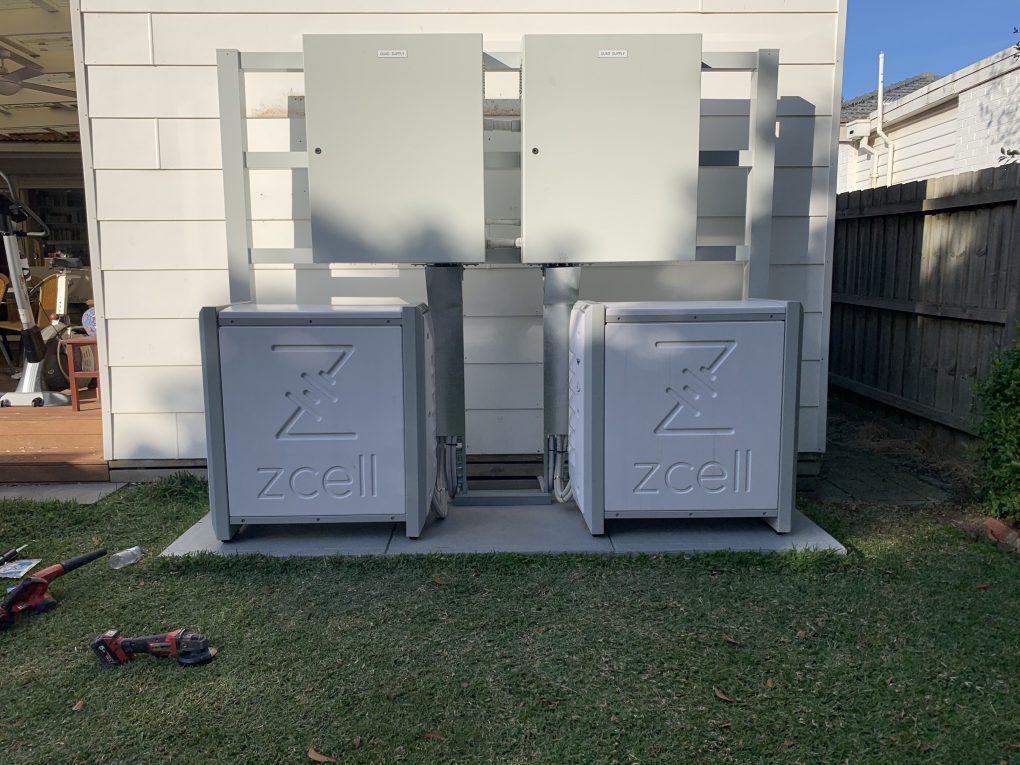 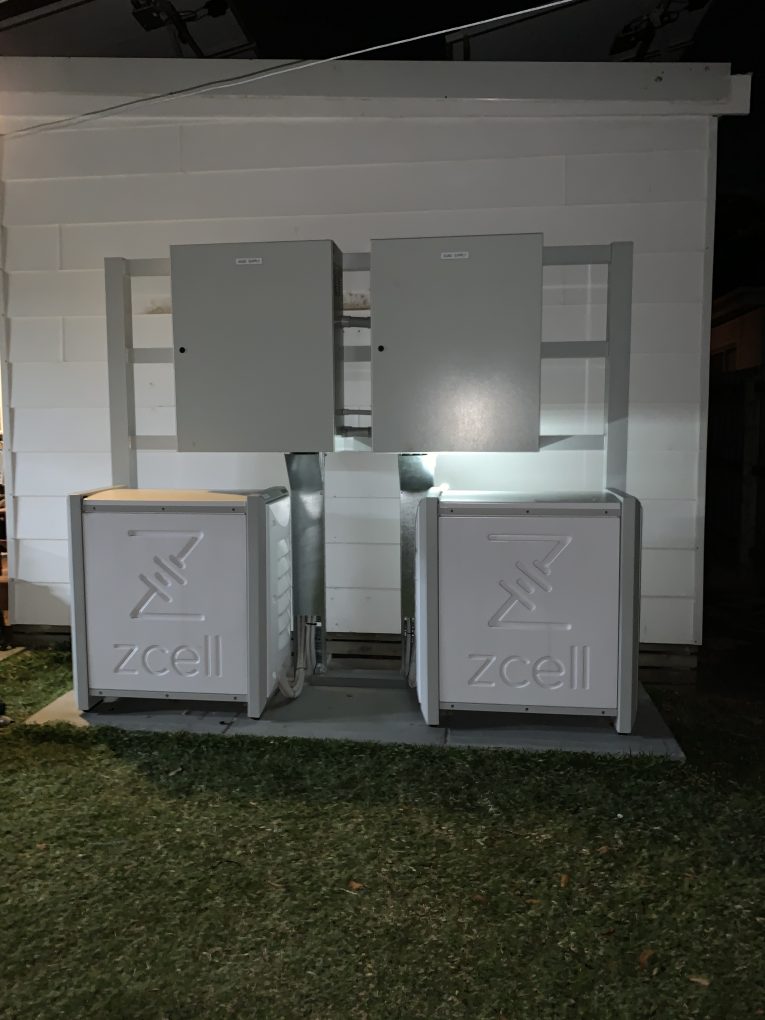 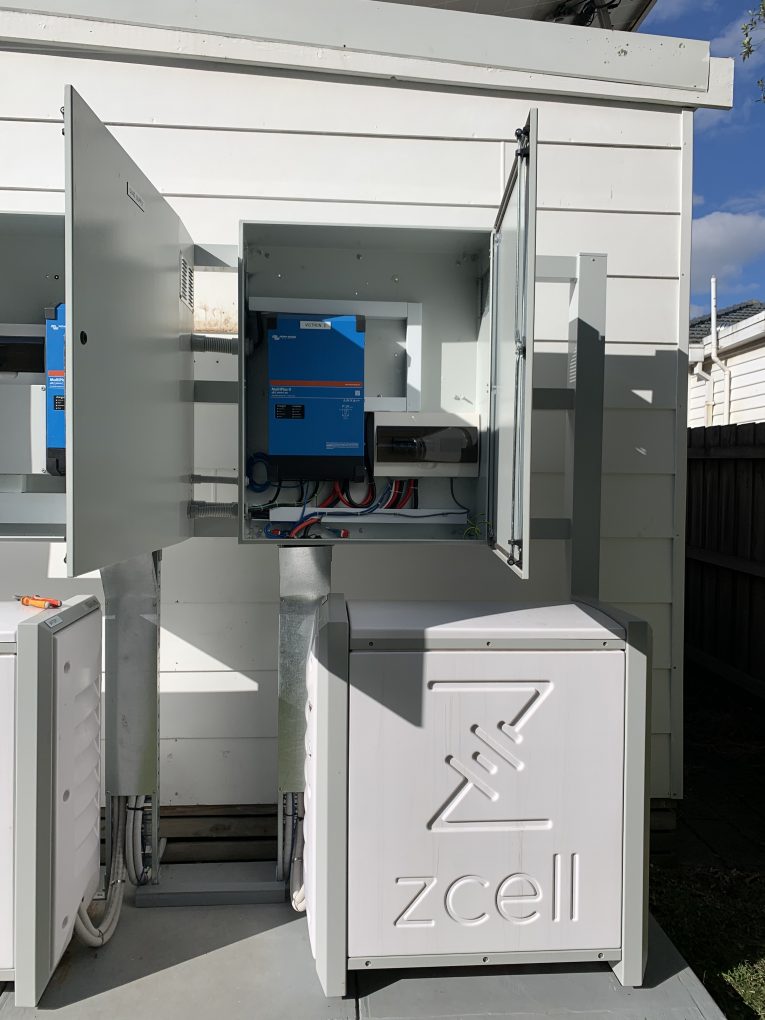 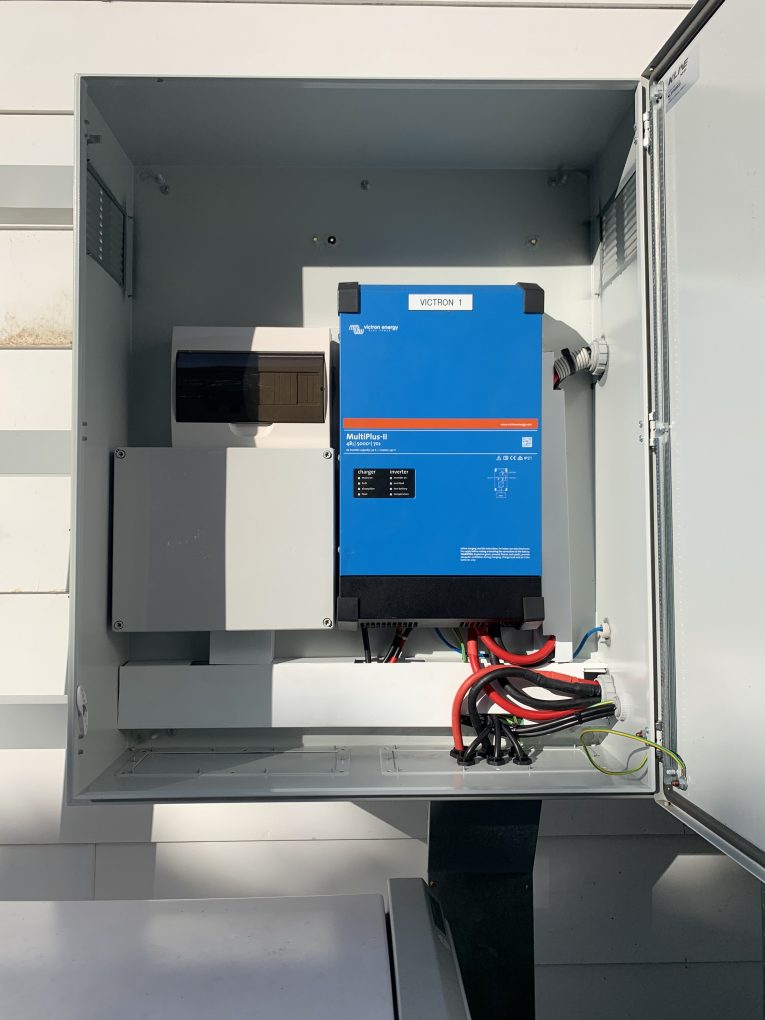